Spencer was a highly original English painter, born the son of a music teacher in Cookham, the village on the River Thames west of London where much of his work is set. He studied at the Slade art school, initially producing work influenced by French Post-Impressionism and early Italian painting. But his iconoclasm soon showed itself. He resisted the artistic movements of his lifetime in favour of paintings that drew on his Christian faith, his sexual pre-occupations and his First World War memories, often depicting Biblical scenes set not in the Holy Land but in the village of his birth. 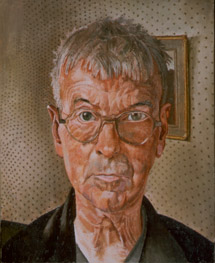 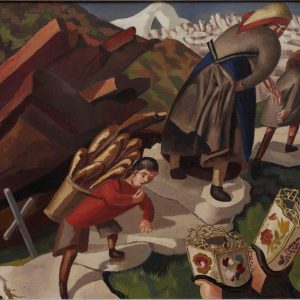