One of five sisters born into a wealthy Kharkov family, whose dacha in nearby Krasnaya Polyana became a magnet for Futurist artists and poets. Joined the radical art group Budyak (Thistle) in 1909 and next year toured German museums. Moved to Moscow in 1912, studying under Fyodor Rerberg and Ilya Mashkov, and exhibiting in St Petersburg with the ‘Union of Youth’. In 1914, after a honeymoon in Central Asia, returned to Ukraine and began illustrating the work of Futurist poets, including Khlebnikov; she was also a co-signatory of his 1916 Futurist Manifesto Trumpet of the Martians. Returned to Moscow in 1922, working as an illustrator and exhibiting at book fairs in Moscow, Leipzig, Cologne and Paris over the next decade. Fell into disfavour in the late 1940s, expelled from the Artists’ Union 1952, reinstated 1956. Her only solo show to date – devoted to graphic works – was held at the Kiev branch of the Writers’ Union in 1969. 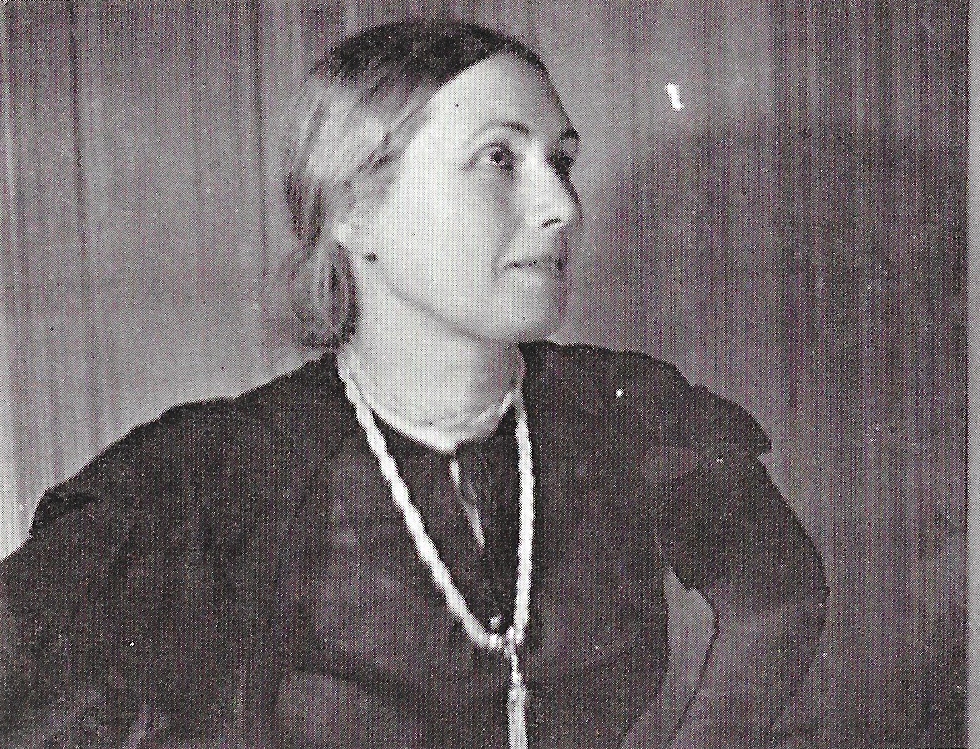 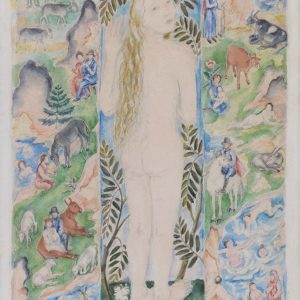 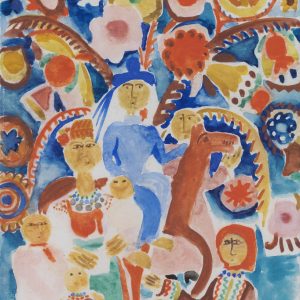 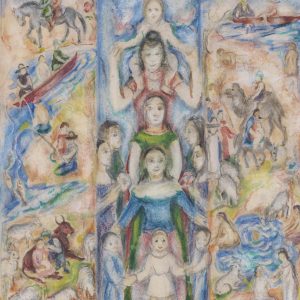 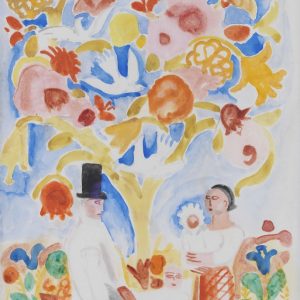 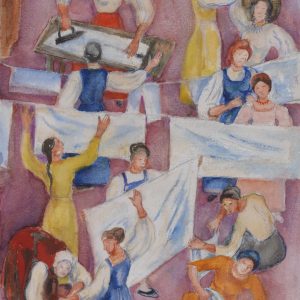