Born in Buenos Aires to a Scottish father and American mother, Agar dramatically left her parents before the end of World War One and headed for Cornwall and St Ives. Famously bohemian, Agar was twice married and had an affair with Paul Nash among others. A founder British surrealist (though she denied the term) from 1930, Agar had her first exhibition with the Bloomsbury Group in 1933 and her Angel of Anarchy plaster head with fabrics is in the Tate.

After World War Two, Agar started a new productive phase of her life, holding almost 16 solo exhibitions between 1946 and 1985. By the 1960s she was producing Tachist paintings with Surrealist elements. In 1988 she published her autobiography A Look At My Life. then in 1990, she was elected as a Royal Academy Associate. 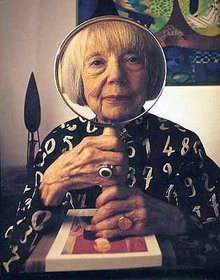 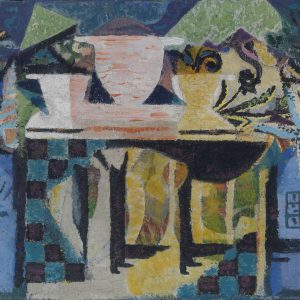