Another titan of Soviet Non-conformism, Steinberg refused throughout his career to become a member of the Soviet artist’s union, and lived for the majority of his life in Tarusa, a type of artists’ colony outside Moscow. His career was as varied as it was remarkable, and the self-taught artist earned money as a worker, earth digger, concierge and fisherman, as well as having a first exhibition in Tarusa in 1962.

Steinberg’s career path was inextricably tied up with those of his colleagues, Kabakov, Rabin and Grisha Brushkin, although in the early 1980s his work moved to non-objective art. Heavily influenced by Malevich, he developed his own version of geometrical abstraction and after 1988 became a well-respected member of the artistic fraternity. 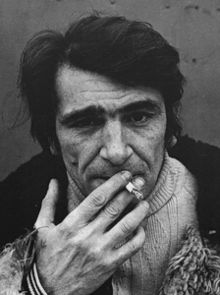 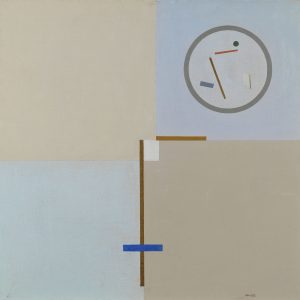