“Katia Vozianova had gotten out.

The minute Russia invaded Ukraine, the Kyiv-based art dealer had packed a small suitcase, a hairdryer, and a single, framed watercolor and headed to the border with Romania. For the next week she volunteered by shuttling medicine and supplies from Romania into Ukraine, spending nights camped out with seven others in a friend’s apartment in Chernivtsi, a Ukrainian Chernivtsi, a Ukrainian city about 45 minutes from Romania. 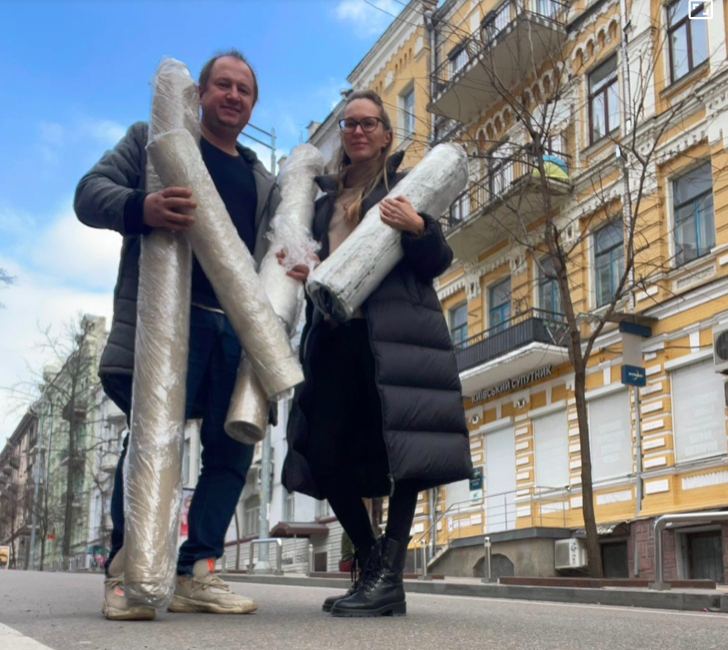 But then, Vozianova says, she began to think of what she’d left behind.  Vozianova is the Ukrainian representative for the London dealer James Butterwick, who specializes in modern and contemporary Ukrainian art. Some of the artists Butterwick sells are represented by the Kyiv dealer Oleksandr (Sasha) Shchelushchenko, whose gallery Tsekh is a major hub for contemporary art in the city. Together, Vozianova and Shchelushchenko had been planning a major show of work from Ukrainian artist Ievgen Petrov, and had gathered dozens of his artworks in the Kyiv gallery in preparation for shipping to the U.K. In addition, Shchelushchenko’s gallery was filled with many artworks by three other artists, Mykola Bilous, Yaroslav Derkach, and Rustam Mirzoev. Each is Ukrainian, and each resides in a place already under Russian control or actively threatened by Russian troops”.