James has written extensively on Soviet Art, has published sixteen exhibition catalogues and has frequently donated to museum exhibitions. He further appeared on Channel Four’s programme ‘Oligart’ and the BBC’s ‘Fake or Fortune’. In February 2020 James won a landmark court case in Milan, Italy. Sued by organisers for having described an exhibition of 67 dubious paintings in Mantua as ‘an absolute disgrace’, James was utterly exonerated with the judge describing his comments as being based on, ‘proven recognised competence and experience.’ 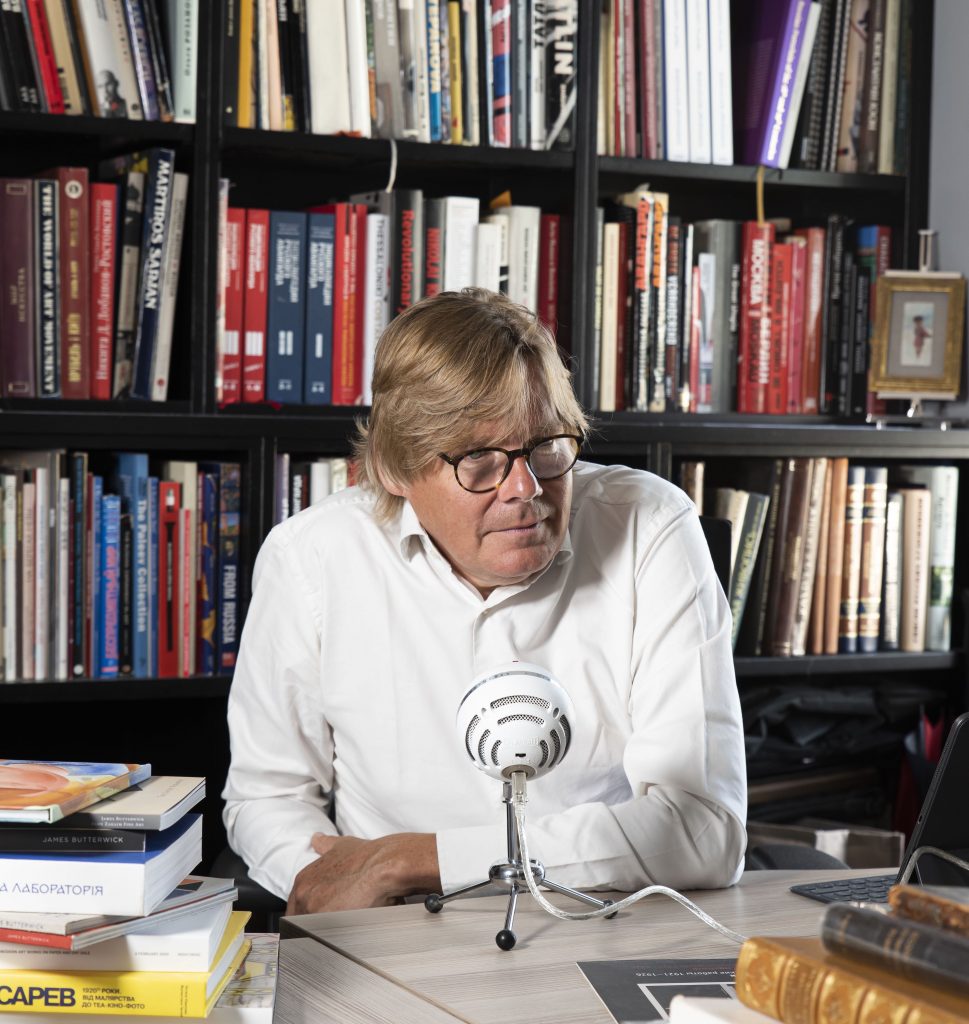 As the world adjusts to the new now, we are also exploring a range of new formats. Yesterday James  gave his first lecture via Zoom to The Arts Society members in Dumfries and Galloway, the experience that was thoroughly enjoyed by both the audience and the speaker.

Having never left the Russian nor Soviet empires in his lifetime, this Kiev-based artist can only have heard about the new tendencies in Western Art through magazines or publications. Nonetheless, Bogomazov managed to create masterpieces no less exceptional or ground-breaking than those of his European contemporaries.

A difficult, at times tragic life, shaped by a passionate love story on a background of major historical upheaval – Oleksandr Bohomazov is anartist of revolutionary ideas and unique style. James Butterwick examines the legacy of the genius who many consider the national artist of the Ukraine and how his work is finally moving into the light.

The Dark Side of the Boom: The Mass Faking of the Soviet Avant Garde

The Soviet Avant Garde movement contained some of the greatest names of its generation. Malevich, Chagall, Kandinsky, Exter, Popova, Rozanova, Rodchenko, Tatlin and countless others blazed a trail through Art History for an all-too brief period. With their creativity stunted by the advent of Socialist Realism in 1932, their work disappeared – only to re-emerge in the early 1970’s when Greek collector, George Costakis began to buy up swathes of paintings of the period. With the collapse of the Berlin Wall, a flood of newly-discovered works appeared on the Western and domestic markets of which the vast majority, up to 95%, had neither verifiable provenance nor exhibition history, their authenticity supported only by documents from now discredited Russian and Western art historians and erroneous certificates of chemical expertise.

This scandal reached a crescendo in January 2018 with an exhibition of 24 dubious works of the period at the Ghent Museum of Fine Arts in Belgium. James Butterwick examines the background behind the mass faking of the Soviet Avant Garde, the history of these dubious paintings, universally rejected by museums and the art market, as well as the methods used to ‘create’ authenticity.

For details and to book a lecture, please contact Elena Shampanova at elena@jamesbutterwick.com.