Scandals have never been in short supply in the world of Russian avant-garde art, but the last few years have seen a bumper crop, with the controversial arrest of a respected Russian curator on fraud charges and, more recently, the attempt by the Russian Ministry of Culture to ban a book full of reproductions of allegedly fake paintings by Russia’s most famous woman artist, Natalia Goncharova. 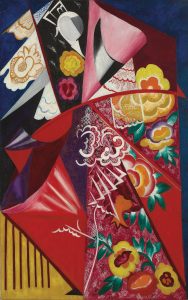 Natalia Goncharova, Espagnole, 1916, which sold for a record $10.2 million at Christie’s in 2010. Genuine high-quality works like these are few.
COURTESY CHRISTIE’S

These were noteworthy events even in this sometimes murky world. Specialists know that most of the Russian avant-garde works available on the market are fakes—ten times as many fakes as genuine works, said James Butterwick, who has been dealing in Russian avant-garde art in London for 20 years, and others in the field backed him up.

These days the major auction houses are extremely cautious and reject any work whose incomplete provenance arouses doubts, but dubious works continue to proliferate in minor auction houses and art galleries all over Europe. Russian and Western experts who certify artworks regularly accuse one another of corruption or negligence.

Now a new organization, the London-based Russian Avant-Garde Research Project (RARP), is entering the field with an ambitious goal. “We want to introduce new standards of scholarship that will help solve the main problems in the field of Russian art history,” said Konstantin Akinsha, one of RARP’s founders and a member of its board.

RARP will not authenticate artworks or issue certificates. It will have two main directions, Akinsha said. “One is the research of provenance ‘fairy tales’ circulating in the art market,” largely through the study of museum archives, including those of defunct museums.

The first research project, to be undertaken in cooperation with the Tretyakov Gallery in Moscow, will be the complete digitization of the Goncharova archive, which is housed in the museum: a trove of more than 2,000 documents, including diaries, notebooks, and letters. RARP will supply the equipment for the materials to be put online and annotated by curator Evgeniya Illukhina. “Publication of this material will help clear up many Goncharova provenances,” Akinsha said.

RARP will also support research projects focused on such crucial sources of information as the inventories of the museums of avant-garde art that flourished in the Soviet Union during the 1920s. The Museum of Painterly Culture was established in Moscow in 1922 (seven years before the founding of the Museum of Modern Art), while a network of 30 provincial museums disseminated visual culture to the masses. Having precise inventories for these institutions, and for exhibitions that were sent to the West, would unmask many fanciful provenances.

“Provenance, history is all-important in this field,” Butterwick emphasized. “I have seen fake certificates that said the pictures came from the Museum of Painterly Culture. Having an inventory could put a stop to that.”

RARP is supported by donors from Russia and the West, of whom the best known is the Russian banker Petr Aven, a well-known collector of Russian modernism and a longtime scourge of abuses in the field. Members of its governing board are the American Kandinsky scholar Vivian Endicott Barnett, Natalia Murray of the Courtauld Institute, Mark Pollard, Edward Hall Professor of Archaeological Science at Oxford University, and Akinsha, an independent art historian and curator who has been largely responsible for publicizing the problem of Russian avant-garde fakes in articles for ARTnews over the last 30 years.

RARP’s second major direction, Akinsha said, will be to study the materials and techniques of Russian avant-garde artists in depth and detail, taking advantage of all the newest methods and technologies. “To date, this study has been largely piecemeal and often focused on authenticity questions rather than on establishing a baseline of original practice,” Akinsha said. RARP plans to undertake a survey of Russian avant-garde paintings in major museum collections in order to generate a database of reliable information from which larger technical and art-historical issues can be explored. “And creating a bank of samples and studying the materials and techniques of the major artists will help us to achieve a new level of technical analysis of Russian art,” Akinsha explained.

Aside from the Tretyakov, RARP is negotiating with three other major museums to examine the works in their collections. Akinsha said that a major stimulus to the formation of RARP was the Goncharova scandal of 2011: the publication in the West of two fat volumes filled with reproductions of allegedly fake works by the artist. 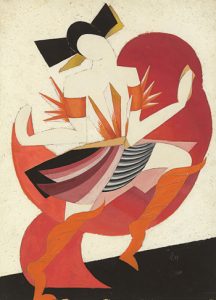 Goncharova (1881–1962) is one of the world’s most expensive women artists; her 1916 painting Espagnole sold for a record $10.2 million at Christie’s London in 2010. Prices have risen steeply, but genuine high-quality works like this one are few, which has led to the proliferation of forgeries. Goncharova and another Russian woman, Alexandra Exter, are among the world’s most frequently forged women artists.

The two books—Anthony Parton’s The Art and Design of Natalia Goncharova, and Denise Bazetoux’s Natalia Gontcharova: son oeuvre entre tradition et modernité—were blasted by the Tretyakov curators, who appeared at a press conference in Moscow hosted by RIA Novosti, the government news agency, to give their views maximum exposure. In Parton’s book, the curators said, at least 150 of the 600 works illustrated were fakes. The Bazetoux volume was even worse. Of the approximately 1,500 works illustrated, the curators said, about 60 to 70 percent were fake.

In a letter to the Ministry of Culture, the curators charged that a “grand scale operation…criminal in its essence” and with “openly commercial aims” was destroying “efforts to popularize Russian art in the West and the rapprochement of our cultures.” They asserted their “moral right” to ask the ministry to deal with the problem “on a state level.”

The ministry obliged and filed a claim in the Arbitration Court, the country’s supreme commercial tribunal, asking that the sale of Parton’s book be prohibited in Russia. Parton did not respond to a request for comment.

The court also demanded that the publisher stop printing the book and recall all existing copies. Fifty years after her death, it seems, Goncharova can still provoke as much outrage as she did in 1910, when she painted her face and paraded topless through the streets of Moscow.

It is noteworthy that, for once, the move had nothing to do with politics or religion or even sex. The book’s distribution, the ministry claimed, would damage the cultural heritage of Russia, and the basis for the claim was those many illustrations of allegedly fake paintings.
The Arbitration Court’s decision is expected in May, but some Russian book distributors have already reached a settlement with the ministry. In any case, it is unlikely that the Russian tribunal’s ruling will have more than moral force in the West.

“Despite all the scandals rocking the market,” Akinsha said, “highly questionable works by Malevich, El Lissitzky, and other artists of the Russian avant-garde are appearing on museum walls with disturbing frequency and are reproduced in museum catalogues and art books. They pollute the history of Russian art, and they are toxic not only for the art trade, but also for future scholarship.”

Is it possible to clean the Augean stables of the Russian avant-garde? “It will be very difficult,” Akinsha said, “but it’s possible. I hope RARP will be the first step.”

Sylvia Hochfield is a contributing editor at ARTnews.